European Language Day celebrations in Sri Lanka was at its best on a magical evening put together by the Embassy of Switzerland, Italian Embassy, French Embassy, Alliance Française, Goethe-Institut, and the British Council who hosted a multilingual jazz music tour across three major cities in Sri Lanka.

The inaugural concert was held in Colombo at the Sri Lanka Foundation Institute on Saturday 24 September, from 6.30p.m. onwards, as a free event that was open for everyone to simply walk in and enjoy, on a first come first served basis.

The subsequent concerts took the form of a jazz evening in Kandy on Monday 26 September, at the Slightly Chilled Lounge Bar and Restaurant, and the final concert at the Jaffna Public Library on Wednesday 28 September.

Ceylon Today had the opportunity to be a part of the first night’s occasion. Performing that night was the charismatic Amherd on the guitar as well as the ever smooth Ruzza on the bass.

Born in Switzerland, Amherd lives in New York and the city’s savvy multicultural energy has had an influence in the unique sound of her original compositions which are jazzy, groovy and rooted in African, Brazilian, and Latin music.

A talented composer and lyricist and a graduate of The New School University for Jazz and Contemporary Music, Amherd performs as a leader or a featured artist in New York’s premiere clubs and tours in North and South America, Canada, Europe and Asia, where she appeared in international Festivals in China, Thailand, the Philippines, Myanmar, Malaysia, Nepal and Mongolia. She plays guitar in several NYC bands and collaborated with greats such as Marcus Strickland, Bashiri Johnson, Bill Ware, Hagar Ben Ari, Randy Brecker, and so on.

Born in São Paulo, Brazil to a Chilean mother and an Italian father, Ruzza grew up in a house humming with music. Ruzza began playing bass and engaging in professional performance early. Eventually, in Brazil, she worked with distinguished Brazilian producers and arrangers, including Grammy Award winner Moogie Canazio and Maestro Jobam.

Performing some of the beloved classics of all the Europe-Union languages, from songs of yesteryear with the flavour of Jazz, music took over the evening and the crowd were taken on a trip that spanned many years of popular music history in the region.

But the duo wasn’t alone in their performance. Near the end of their act, the duo was joined by Thuryaa, Sri Lanka’s first all-female percussion ensemble. The smooth notes of jazz came alive with the beats of both local and popular percussion instruments, a cross-pollination of the two cultures.

Giving in to popular demand, the ladies improvised a number of titles which brought a fitting end to the evening, and proved once again that music is the medium that connects us, the language that everyone can understand. 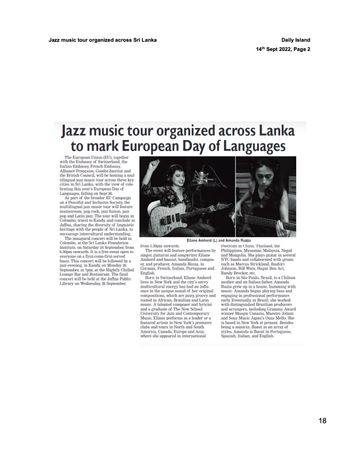 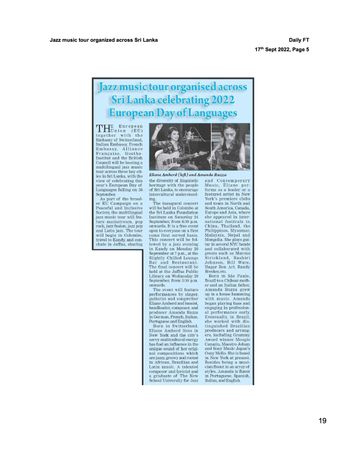 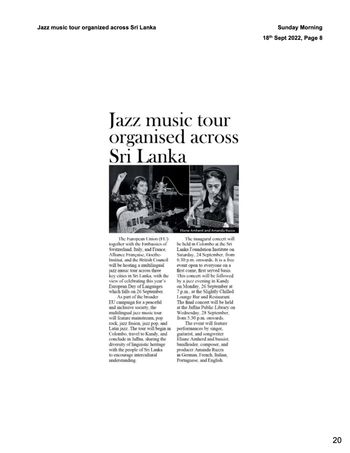 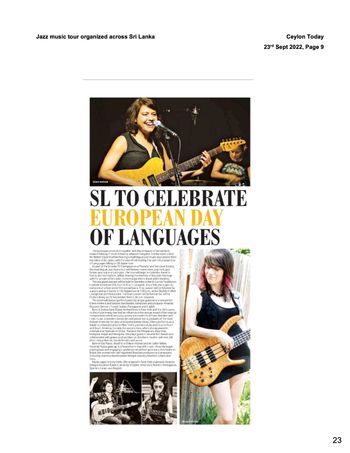 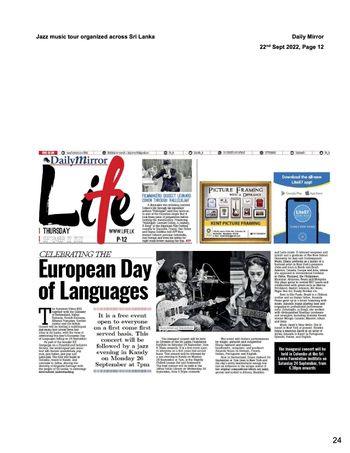 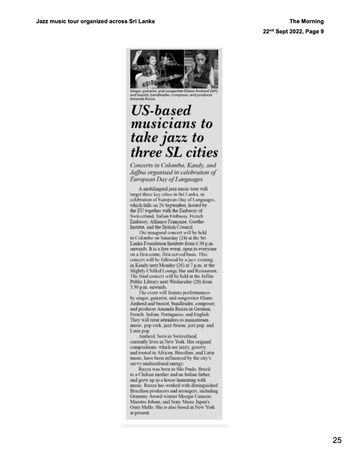 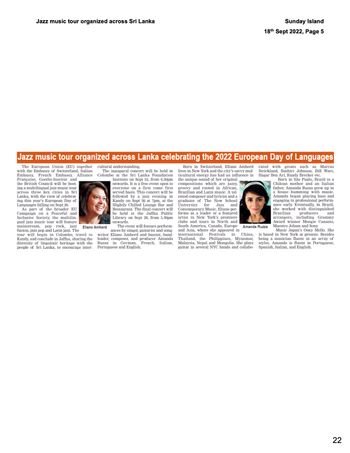 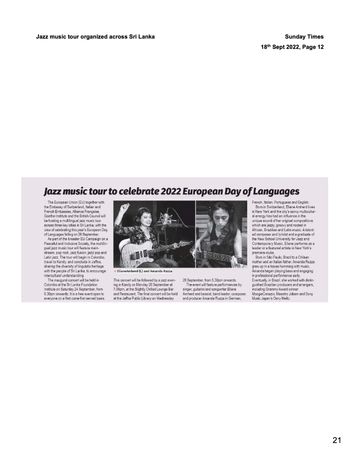